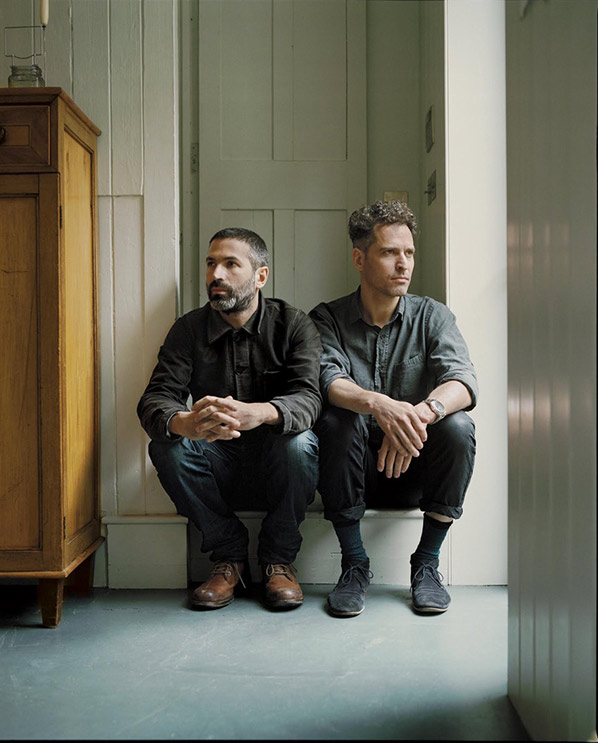 Adam Broomberg (born 1970, Johannesburg, South Africa) and Oliver Chanarin (born 1971, London, UK) are artists living and working between London and Berlin. They are professors of photography at the Hochschule für bildende Künste (HFBK) in Hamburg and teach on the MA Photography & Society programme at The Royal Academy of Art (KABK), The Hague which they co-designed. Together they have had numerous solo exhibitions most recently at The Centre Georges Pompidou (2018) and the Hasselblad Center (2017). Their participation in international group shows include the Yokohama Trienniale (2017), Documenta, Kassel (2017), The British Art Show 8 (2015-2017), Conflict, Time, Photography at Tate Modern (2015); Shanghai Biennale (2014); Museum of Modern Art, New York (2014); Tate Britain (2014), and the Gwanju Biennale (2012). Their work is held in major public and private collections including Pompidou, Tate, MoMA, Yale, Stedelijk, V&A, the Art Gallery of Ontario, Cleveland Museum of Art, and Baltimore Museum of Art. Major awards include the ICP Infinity Award (2014) for Holy Bible, and the Deutsche Börse Photography Prize (2013) for War Primer 2. Broomberg and Chanarin are the winners of the Arles Photo Text Award 2018 for their paper back edition of War Primer 2, published by MACK.