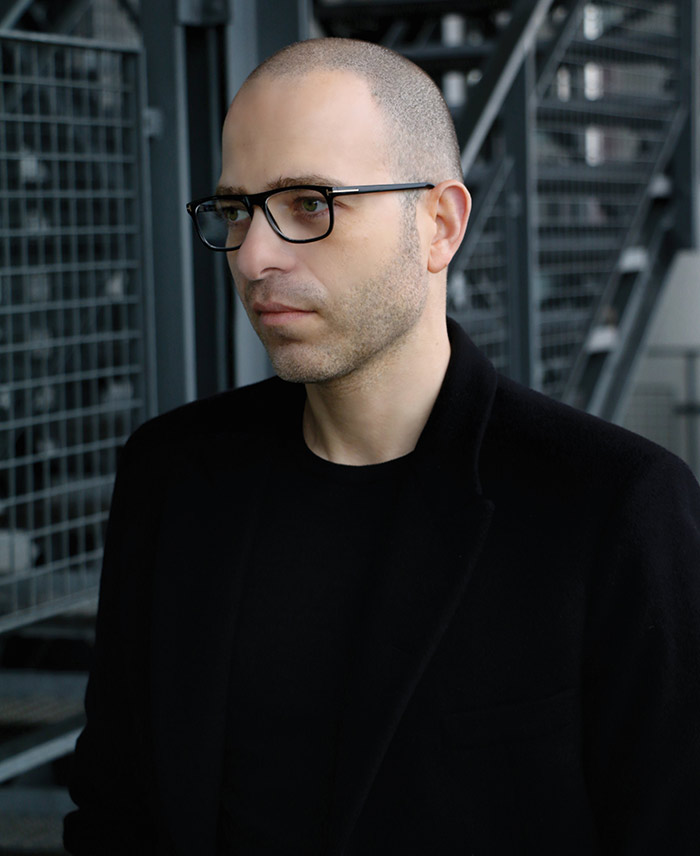 Youssef Nabil began his photography career in 1992 by staging tableaux in which his subjects acted out melodramas recalling film stills from the golden age of Egyptian cinema. Later in the 1990s, while working as a photographers’ assistant in studios in New York and Paris, he began photographing artists and friends, producing both formal portraits as well as placing his subjects in the realms of dreams and sleep, on the edge of awareness, far from their daylight selves.
On his return to Egypt in 1999 he further developed his hand-painted photography, with portraits of writers, singers and film stars of the Arab world. In these years, and especially since returning to Paris and New York in 2003, he started producing self-portraits that reflect his dislocated life away from Egypt. This series that has evolved over the past sixteen years is characterised by liminal scenes in which he lingers between worldly realities and serene dreams, loneliness and fears of death.
Nabil’s distinctive technique of hand-coloring silver gelatin prints removes the blemishes of reality. Nabil disrupts prevalent notions of color photography and painting, as well as assumptions about the aesthetic sensibilities associated with art and those identified with popular culture. His hand-colouring evokes a sense of longing and nostalgia and allows his photographs to flicker between our time and another era.
The artist presented his first video in 2010 entitled “You Never Left” which featured the actors Fanny Ardant and Tahar Rahim. It is set in an allegorical place that is a metaphor of a lost Egypt, sketching an intimate and solemn parallel between exile and death. This video in which he reverently and inventively revisits the characteristics of Egyptian cinema’s golden age, with its movie stars and Technicolor film stock, he reconnects with the source and inspiration of his photographic imagery with which it shares the same personal, diaristic quality.

In 2015, Nabil produced his second video, “I Saved My Belly Dancer”, with actors Salma Hayek and Tahar Rahim, a narration around his fascination with the tradition of belly dancers and the disappearance of the art form that is unique to the Middle East. The 12-minute video also explores shifting perceptions of women in the Arab world and the tensions between the amplified sexualisation of their bodies and the continued repression of women in modern Arab society.