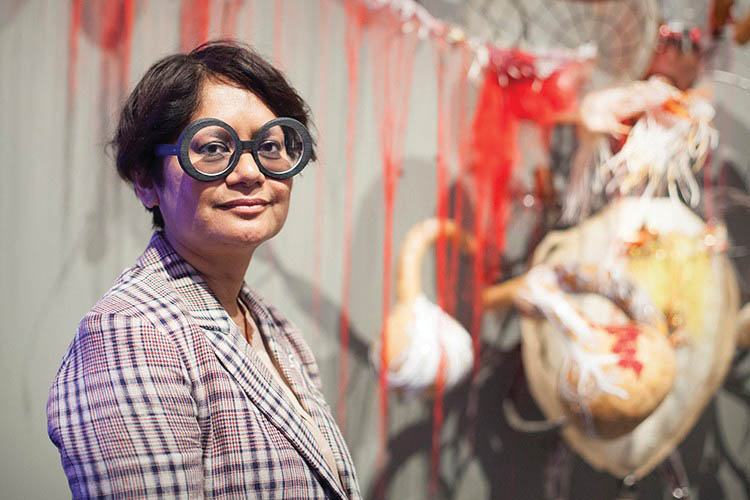 Rina Banerjee received her Bachelor degree in Polymer Engineering at Case Western University and took a job as a polymer research chemist for a few years before changing her profession entirely to Art. Upon graduation Banerjee taught college studio practise and art theory class and theory in visual culture. After seven years of teaching Rina Banerjee has been practising her studio work exclusively for over 20 years.
Since the end of the 1990s, she has exhibited in numerous international institutions, such as the Musée Guimet (2011) and the Espace Culturel Louis Vuitton (2014) in Paris. She is now benefiting from an important retrospective in American major museums including the Pennsylvania Academy of the Fine Arts and the San Jose Museum of Art. The artist has also taken part in major international group shows and biennials, notably recently VIVA ARTE VIVA , 57th International Art Exhibition of La Biennale di Venezia (Italy, 2017).
The artist’s works are also included in important collections such as the SF MoMA (San Francisco), the Centre Pompidou (Paris), the Fondation Louis Vuitton (Paris) and the Whitney Museum of American Art (New York).