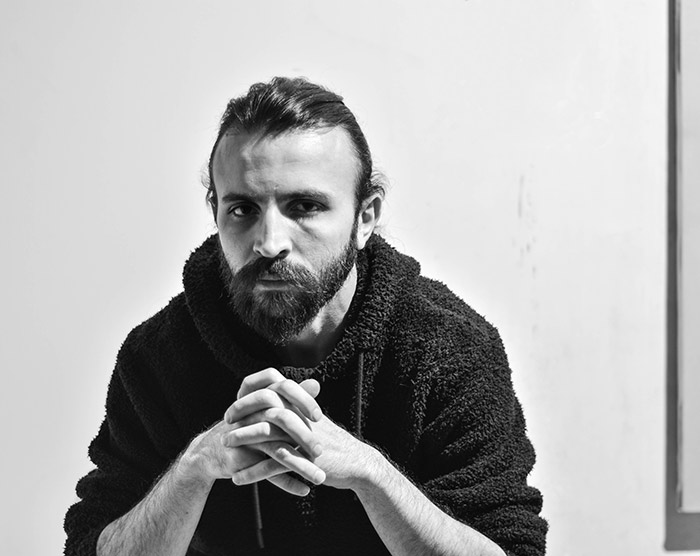 Syrian artist, was born in Riyadh in 1987. Growing up in an artistic family, he started drawing and painting at an early age. After completing high school in Saudi Arabia, he moved to Syria in 2006 to study at the faculty of Fine Arts in Aleppo University. He held his first solo exhibition in 2008 was appointed as a painting teacher assistant at the University until 2012. he also works on illustrations and animations.
In his paintings, Zaza focuses on the movement that lies behind fixed scenes. He redefines the preconceptions of form by removing the link between shape and function. While everything in the universe is held together by a gravitational force deriving its energy from a greater whole, Zaza boldly challenges these limitations by imagining his creations as amorphous and detached from context. Because his paintings aspire to work as a window to another dimension of life.