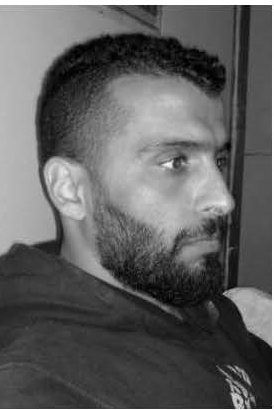 Houssam Ballan depicts everyday life without representing specific objects, rather aiming to emotise interactions and expressions through the use of colour. Ballan’s paintings narrate a sense of movement that is continuously juxtaposed against the silence of the two-dimensional canvas. Rather than each painting being a snapshot of a specific moment, the paintings carry an ongoing dimension, allowing the viewer move through this created dimension of space despite being still standing in front of the work.
The works are painted using a small number of harmonious colours and have uncluttered, simple scenes, and pure intentions. The artist removes his personal presence within the scene that he is painting, taking on an all encompassing eye that views the scene instead. Behind his works, Ballan poses the question that is the driving force to creating works that evoke emotion in the viewer: What is the potential power behind this silence?
Taking this one step further, Ballan questions his role as the artist and the duty he has when painting a figure. The artist explores themes of representation and the lines that are blurred between reality and perception.