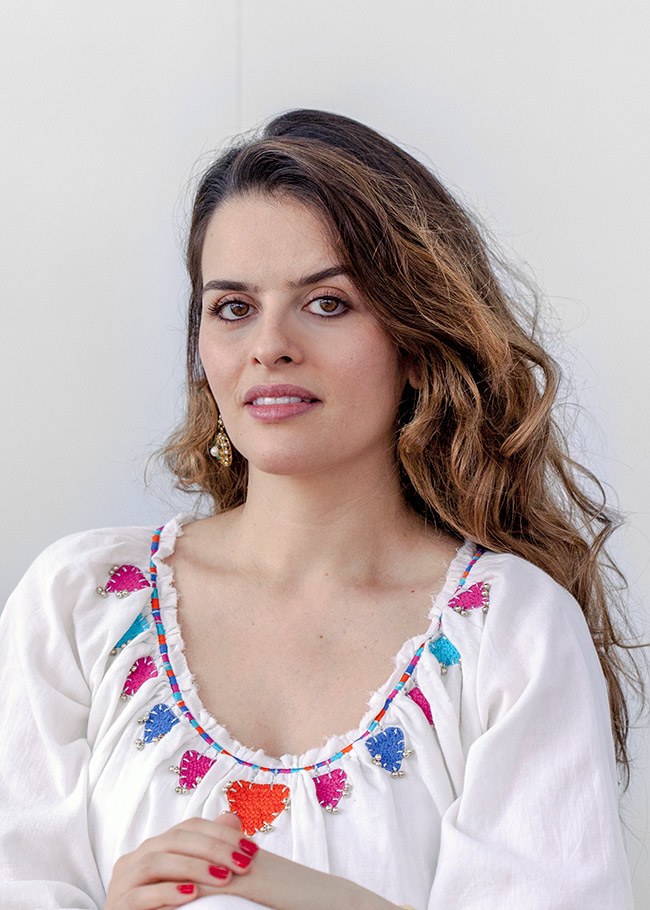 Born in 1981, Farah K. Behbehani is a Kuwaiti artist and designer. She received her M.A. in Communication Design (Distinction) at Central Saint Martin’s College of Art and Design, London, in June 2007. Farah is a published author of ‘The Conference of the Birds’ (Thames and Hudson, London, 2009), a book based on Farid Ud-Din Attar’s 12th century Sufi allegorical poem. Illustrated with Jali Diwani calligraphy, the book features a design system created to enable readers to understand the meaning and fluency of the calligraphic illustrations, giving greater insight into the intricacies of Arabic script.

Farah has had several solo exhibitions in her native Kuwait as well as participating in numerous shows internationally, including Washington D.C., Brussels, Munich, Sharjah, Dubai and Jeddah. Her practice focuses on the Arabic letter, with its layered meanings and forms, both mystical and metaphorical. Farah’s body of work ranges from large-scale installations in wood and metal, to intricate forms of threading and beading. Her latest piece, ‘In the Presence of Ha’ is a 125-piece installation that examines the visual development and evolution of this letter as seen throughout the history of Islamic arts. Her work is currently showing at the King Abdulaziz Center for World Culture, Dahran, Saudi Arabia.