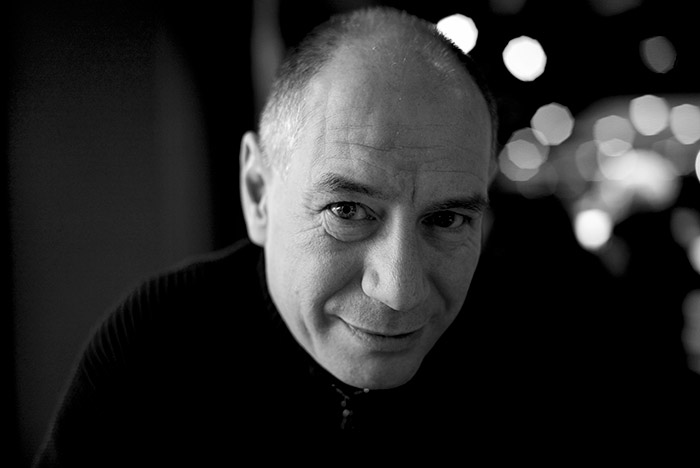 Active online as a media artist, blogger, activist a1968: Born in Zurich
High school, modern languages department.
1985: Spent a year in Kingston with a Jamaican family.
1994: Diploma in painting and drawing from ECAL, Lausanne.
1994-95: A series of paintings about interiors and still life titled “Absence”.
1996-97: A series of self-portraits in public places.
1997: A series of paintings about passers-by in the streets of Zurich and scenes of Street Parade, Zurich.
1998-99: Lived in New York. Paintings about streets of Brooklyn.
1999-01: Series of drawings and paintings about Old Age.
2001-02: Face to Face: monumental work comprises fifty paintings of the same size depicting faces.
2002-03: A series of portraits of naked or dressed persons.
2005-06: Artist in Residence in Cairo. Paintings about urban panoramas of Cairo.
2007-09: Lived in Venice. Paintings about nocturnal views of Venice.
2009-17: Lived in Lausanne. Series of paintings: “Mountains”, “Rivers”, and “Trees”.
2017: Lived in Veneto and Lausanne. A new series reintegrating the human
figure: Sacred Banality.
nd programmer, aaajiao is the virtual persona of Xu Wenkai. Born in 1984 in one of China’s oldest cities, Xi’an, aaajiao’s art and works are marked by strong dystopian Orwellian awareness and modern, urban literati spirits. Many of his works speak to new thinkings, controversies and phenomenon around the Internet, with specific projects focusing on the processing of data, the blogsphere and China’s Great Fire Wall. His most recent projects have extended his practice to wider disciplines – including architecture, topography, and design – capturing the reality of the younger generations inhabiting a parallel reality on social media.